We come to you for all your home or business locksmith needs. If you need a duplicate key or remote for your car, please visit our parts depot and safe showroom at 54 W Granada Blvd. near the bridge.

Serving Holly Hill, and all of Volusia County and Flagler County. We are a proud member of the Holly Hill Chamber of Commerce.
I grew up on Elizabeth St. near Shady Rest Cemetary on Moravia. 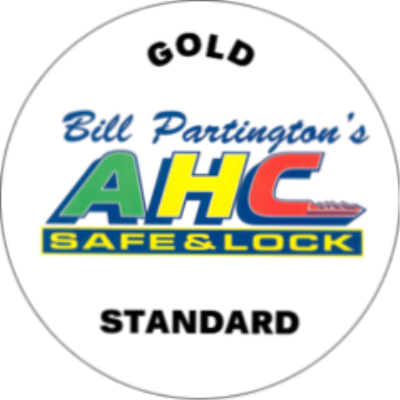 My parents, Bill and Jessie Partington moved to Florida from Evansville, Indiana in 1950. Ormond Beach had a population of less than 2500. Granada ended at the Rail Road Tracks (Perrott Dr) and you had to take Tomoka Ave west if you wanted to go any farther. We had a wooden bridge, until 1953 when we got our first concrete bridge. Our hardware store was in the Buschman building from 1953-1959 when we moved to 50 W Granada. I learned to spell Mississippi and Cyzycki in the 4th grade at Corbin Ave. Elementary K-8. Then Ormond Beach Jr High Band and the New Mainland High School Band, where I met my wife Donna of over 50 years, Daytona State Community College and then Stetson University where I graduated in 1969. Our children and grandchildren live here. We are involved in our community. I lived at 11 Elizabeth St. in Holly Hill until 1961.